Walling Info Systems was founded in 1996. And has successfully developed many custom software and commercial applications. 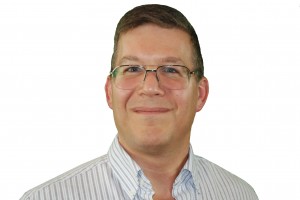 Joe Walling’s first programming class was Fortran on a mainframe with punch cards. Based on that experience, he wanted nothing to do with computers. However, in 1984 when he programmed his VIC20 to help with his Physical Chemistry labs, he realized that personal computers would be useful.

After completing a B.S. in Chemistry, he joined the Navy as a nuclear engineer. During that time his duties included maintaining eight computers and writing various training-related programs in dBase. In 1990, Joe began work with Michelin in Sandy Springs, SC. While he was not in the MIS department, he continued developing software programs aimed at improving quality and productivity because the MIS department had a two-year backlog of projects to complete.

After five years with Michelin, Joe moved on to a new opportunity and challenge. He took over the production operations of a 100-year-old plant in Buffalo, NY which had not invested in technology or equipment for decades. To turn the plant around, he developed a strategic plan that called for re-engineering numerous processes and developing an ERP system. He ran the plant during the day and in the evenings wrote the software that the plant eventually ran on. It was after this experience that Joe realized his true calling was Software Development. He realized that there were many companies not using available tools and/or processes that could drastically improve both reliability and timeliness of projects and that he had the knowledge and skillset to help these companies.

Since then he has continued to improve his development knowledge. His technical skills over the last 30 years would be lengthy, so we will shorten the list and say that his expertise revolves around software development with Microsoft technologies and mainstream web and mobile technologies. That includes Windows, Web, Database, and mobile development. Since 2002, he has run the GSP Developers Guild, a professional group with the goal of helping to improve .NET developers in the Greenville -Spartanburg area. He frequently presents at these monthly meetings, which requires and inspires him to keep his skills thoroughly up to date as he assists others.

With this skill set, Joe has had the pleasure of assisting on or completing numerous successful projects as well as mentor and provide skill-specific training to many junior developers. He is dedicated to customer satisfaction and code quality by performing tasks using the best practices. With 30 years of experience in custom software development and in running businesses, Joe is absolutely positive that Walling Info Systems can help you improve your processes while reducing costs.